Jungle Confessions: “I had to stay on the dancefloor until the very end”

Whohooo, this is gonna be fun. It’s time for a Q&A with Sofus the Amazing Shape-Shifter! Sofus is many things, so I will let the pictures and my comments speak for themselves and get right on with it. You will love this. I do.

When did you become a junglist?
It was at Nis’ party at Rugbyklubben in Christianshavn.

OMG, everyone was there! THAT’s where I would want to go in my time machine!
Yeah. I can’t have been very old… I must have been 15. I found the flyer in Loud, the record shop in Hyskenstræde. That’s where I spent my pocket money bying vinyls. The party was an eye opener. There was a lot of trance, too, at the time, and compared to trance, jungle had this chaos of beats that seemed difficult and very complex to me in the beginning. Even though I was listening to death metal, too. But jungle was way more freaky. It was a storm that just came and took me.

My first rave ever was around that time, too – at Pakhus 11 in April 1994 – the Seawolf party where Photon made the visuals. I still have the poster in my flat.

OMG again! You have to take a pic and send it straight away.
Will do.

Why do you love jungle?
“It was the unpredictable bass and the unpredictable rhythms that got to me. In trance, the bassline was very dominating and monotonous, but in jungle, it just jumped about all over the place. I liked the tunes where everything was shifting constantly. Jungle challenged you with new beats all the time. You distanced yourself from the repetions of house and techno. I felt very inspired.

And back then, you needed a space where you could just go berserk. It was some kind of teenage rebellion where you just went to the raves and made a point out of being the last man standing on the dancefloor. Now, it’s a lot easier for me to leave a party or a rave when I feel tired. But back then, I stayed ’til the last drop of blood – every time . It wasn’t exactly like doing sports, but it was something like it, and you felt super cool and kind of like a cyborg and definitely very future-like!”

I know exactly what you mean!
“Sometimes I had these inner struggles on the dancefloor where I was really tired and had to sit down for a bit, but I always got up again. I had to stay on the dancefloor until the very end. That became a big challenge when I lived in Berlin in 2002 and 2003. Because their parties never end. It was the same thing with the underground outdoor parties in Denmark – they sort of never really ended, either.

There’s something euphoric about it, the fact that the body can just keep going. It’s a meditative quality, almost shamanistic. All of us doing this tribal dance together. A collective consciousness. You are actually doing it for the community. You don’t just go home, you stay and dance until the end.”

Exactly!
“And afterwards you feel really proud and sore in all your muscles for days and days afterwards.” 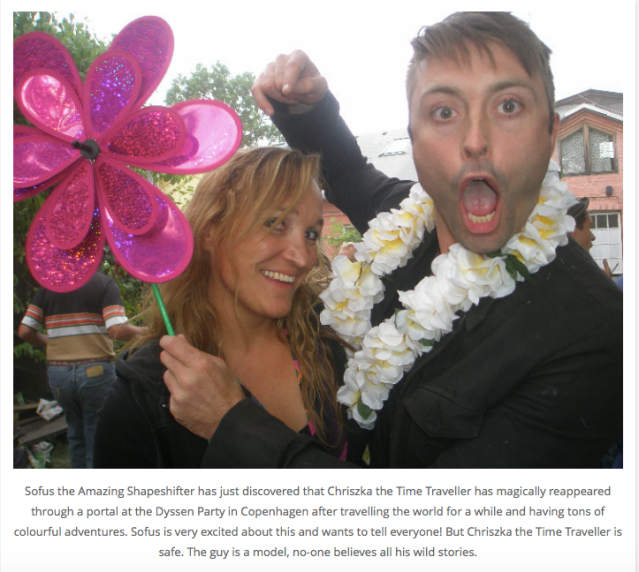 How does raving make the world better?
“When you’re at a rave with a lot of people you don’t make a lot of conversation – you use your physical body to express your feelings and the sounds in the music. We don’t use our language but the bodies and the rhythm and pulse of the music instead. And you start to recognize eachother when you’ve experienced a thing like that together. You feel connected. There’s a poetry of the body – a compassion and inner knowledge that we’re all in tune with each other. When you get home from the raves, you feel that there has been a bond, that we turned into a tribe. That’s why afterparties are so popular for ravers. It’s hard to let go of that bond. And all the things you didn’t get to say while dancing… You can get to say all that at the afterparties.”

What have you learnt this year?
To be persistent. To keep the focus even when projects take a lot longer than I expected. That has really been a thing for me this year. To keep going, to not let go. 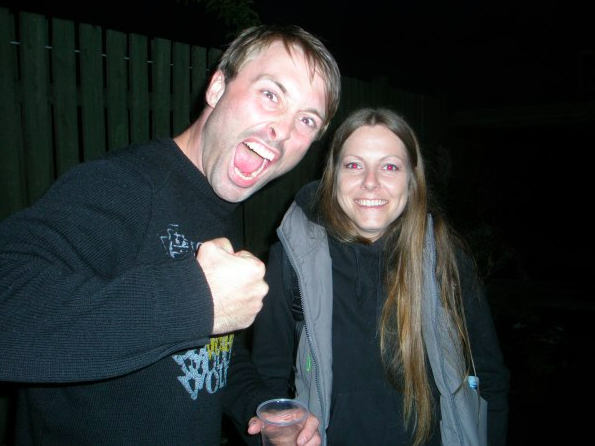 Sofus being persistent at the Ohoi! 6 year anniversary. 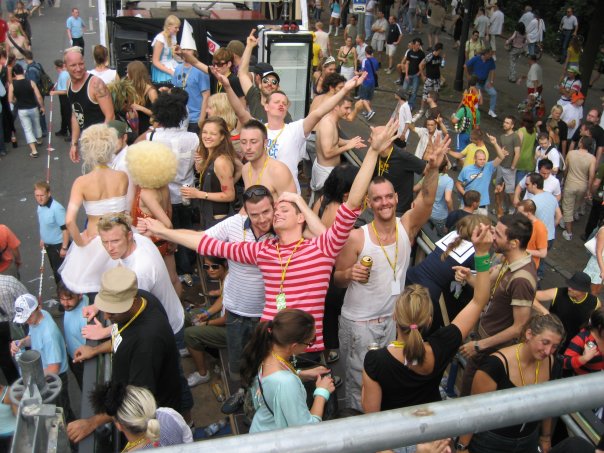 What’s the best thing that happened this year?
The Somewhere Festival at Boesdal Kalkbrud in Denmark.

Awesome answer! I have a whole selection of photos of you from that festival. Perfect. Here’s one: 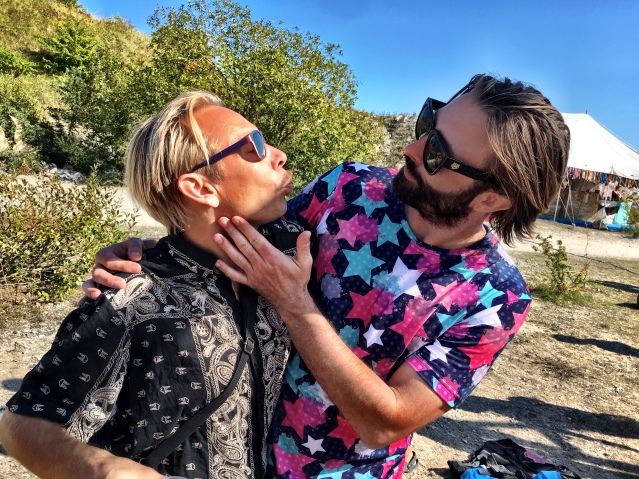 Secret junglists sharing a moment at the Danish floor at the Somewhere Festival.

“That was one of the best outdoor event of 2016. It was a super awesome location, at the old Camp Electric spot, and I liked the fact that there were 3 stages: One Danish, one German, one Swedish. Joint forces from 3 nations. I would like to see more of that kind of collaborations at festivals. It was awesome.”

Sofus posing for my iPhone on the German floor at the magnificent Somewhere Festival.

Sofus having a laugh at the German floor at Somewhere.

What’s the most exciting thing about 2017?
“I would like to go to Burning Man in 2017. I have started planning. I have an art project that I would like to unfold there. We are working on it.” 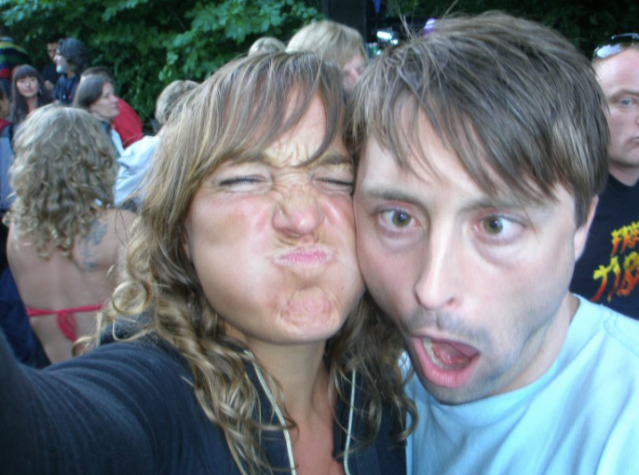 Sofus the Amazing Shape Shifter and Chriszka the Time Traveller working on it at the most awesome Dyssen party in 2008.

Thank you, Sofus! That was awesome.

And I’m just gonna end this with one more picture from the Somewhere Festival so you can see how beautiful it was.

This is a good day to reread the 7 best things about being a raver.

It would also be a good day to reread The Secret Junglists.

Did you miss a day of JUngLE? No fear, it’s all here: JUngLEkalenderen

← How to be a Junglist: The Hand Horn Special
The 7 Perfect Games for Junglists →