The Birthday Bash III: “Raving is like deep meditation”

Time-travellers, tune in, and buckle up your seat belts once more – it’s time for the BIRTHDAY BASH ROUND III – The Up Close and Personal Edition.

It’s the birthday of Chriszka the Time Traveller, and that means that extra potent portals and loop-holes in time will be manifesting everywhere. So kick away your chronologies and lean back, were diving in for an interview and a time-imploding selection of pics.

When did you become a junglist?
I was living in London and wanted to find somewhere exciting to celebrate my birthday on December 3rd 1993. I flicked through a TimeOut magazine and stumbled upon this place called The Paradise that seemed to have some remarkably long opening hours, so that’s where we went. And that’s where I heard jungle for the first time – in the mainroom of the legendary Paradise Club in Islington. So that was pretty much a straight to the heart of things kind of kick-off. 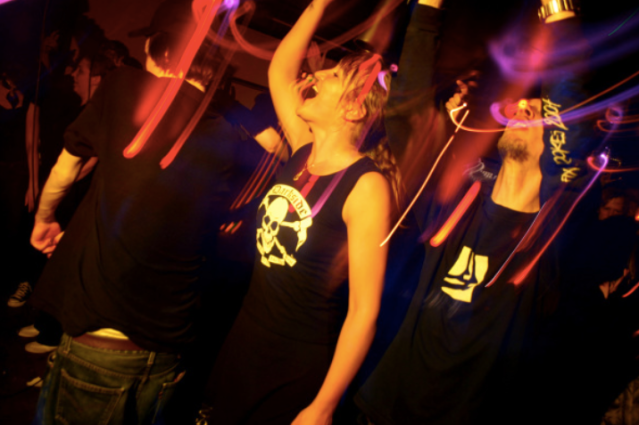 I had no idea what I had heard, though. Afterwards I described it as ”really fast, dark techno” in my diary. Later on that month, on New Year’s Eve, I went to The Marquee for New Year’s Eve, and that’s when it really clicked. I recognized my first tunes (the original version of Champion Sound and Renegade Snares (Foul Play remix)) and started to realize what was going on – that the dj’s on stage were actually mixing vinyls, not playing about with drum machines and sound effects. Never looked back since that night.

Chriszka the Time-Traveller and Svingsen points towards the interesting future.

Why do you love jungle?
The original jungle sounds had me completely hypnotized. The music felt so new and groundbreaking to me; this was going to change the world, I knew it, and I was going to help make it happen. I felt that it had the composition and the complexity of classical music combined with the sonic energies of a death metal concert. And a dance floor intensity that blew me away. If you have the stamina for it, jungle is the best dance music in the world. Some people say they find it impossible to dance to. Those people have absolutely no ear for music. Or maybe they’re really into ketamine.

And for the first couple of years I didn’t bother with any other kind of electronic music. Jungle was so much more interesting than the rest – with that extra added buzz of feeling part of something completely new, completely undiscovered by the media, still. And I was still living in London, so there was plenty of high quality jungle to choose from – twentyforseventhreesixfive business. 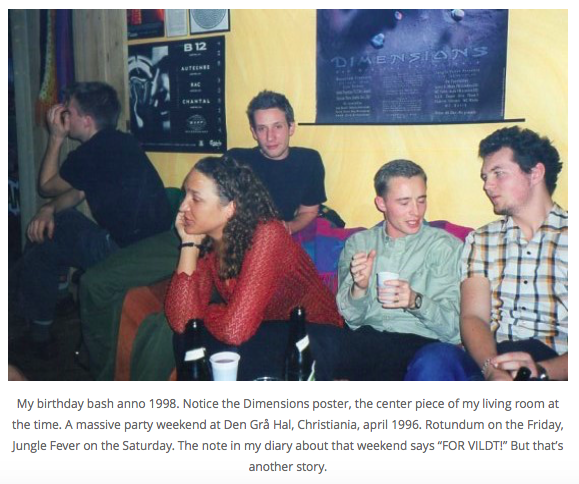 What’s your favourite jungle tune?
I have made so many collections of hand-picked favourites by now, and I seem to find a spot for Valley of the Shadows in all of them somehow. It’s on My 7 all time favourite jungle tracks, obviously, and on my The 7 saddest jungle tunes ever list, too, just to mention two. Magical tune.

Physical time portal at the Boom Festival in scorching Portugal.

If you could timetravel to any point in time right now, where would you go?
As any reader of the JUngLE calendar will know, I’m a highly skilled time-traveller with my own time machine, so I time travel all the time. Right now, too. Next question.

How does raving make the world better?
When you’re completely absorbed by the music and using your entire body to express that absorption, raving is like deep meditation. It’s suuuuper good for the soul, and raving surrounded by hundreds or thousands of like-minded people multiplies the effect. It’s a beautiful, mind-expanding experience that goes back to tribal rituals from thousands of years ago and points towards the future at the same time. It’s such a powerful and transformative environment, and I’m still amazed that anyone could have lived through the 90s and the 00s as a young person and not have caught on to this. Seriously. Hello.

And it’s still going on, obviously. This is the powerful portal of Turmbühne at the Fusion Festival, this summer. This is where time melts away. Fusion forever, literally.

What’s your best party moment ever?
It’s the same cosmic peak moment I keep going back to. Open air festivals are good at providing it. Fusion always does. But it’s a place I discovered back in the day below the massive green lasers of the London Astoria, a place outside time. It needs space to materialize. Open sky. Or, in the Astoria case, extremely high ceilings with otherworldly laser tunnels.

What’s your favourite tune that’s not jungle?
Impossible question. But the one artist that takes up the most space in my music collection is David Bowie (by far), so I choose Time from Aladdin Sane.

What have you learnt this year?
I’m getting a lot better at cutting away distractions. This is absolutely essential in this age of digital overload. It’s very difficult, because there’s so much interesting stuff that pops up everywhere trying to catch your attention. But the rewards are magnificent. 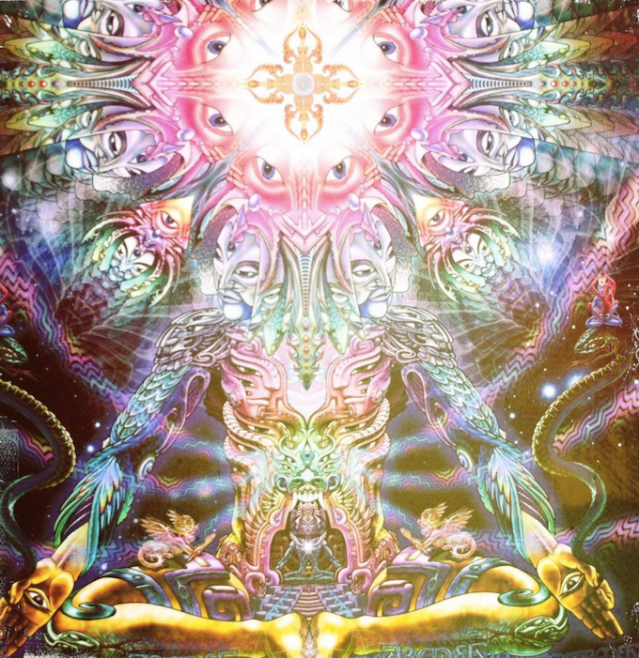 Do you want more cake and cava? More time portal incidents on the dance floors? Revisit Chriszka the Time Travellers previous (or, you know, “previous”) birthday bashes: The Blasts from the Past Birthday Bash Edition and The Birthday Bash Special – The X-panded Mix.

Did you miss a day of JUngLE? No worries – it’s all here: JUngLEkalenderen.

← Gamers and ravers: The amazing similarities between the two worlds
Jungle Confessions: “It’s against all odds, and it’s fabulous” →