Jungle Feelings: Stuff that glows in the dark 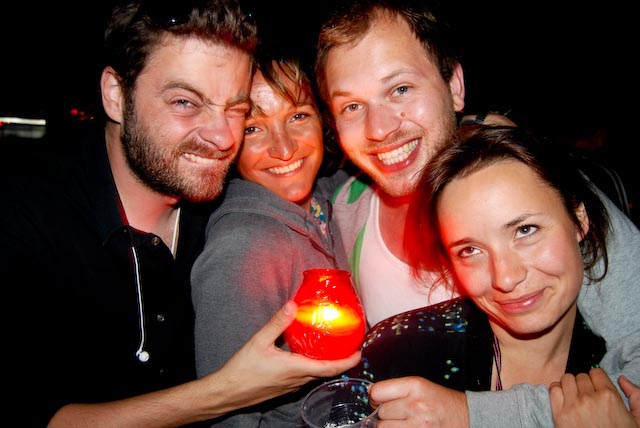 I’m intensely attracted to stuff that glows in the dark. This is putting it mildly. When I see something sparkly or fluoresecent, I will immediately feel an urge to move towards it – and, if possible – dance below it (if it’s a main floor deco). Or in front of it (if it’s a backdrop). Or in the middle of it, if it’s a laser. Or just wear it, if it’s a t-shirt with an alien reflex on the front. Anything shiny and bright, anything neon.

Deep, fluorescent colours have a hypnotising effect on me. I gravitate towards them, like an insect. Yes, I know, it’s totally a trance thing. But it’s also completely jungle, since some of my best Glow in the Dark Moments of Complete Overwhelm have been smack bang in the middle of the giant, green laser at the London Astoria, while Darren Jay or Kenny Ken was mixing, back in the 90s. Oh, what a magnificent spot. Eyes were completely hypnotised, as well as the ears. 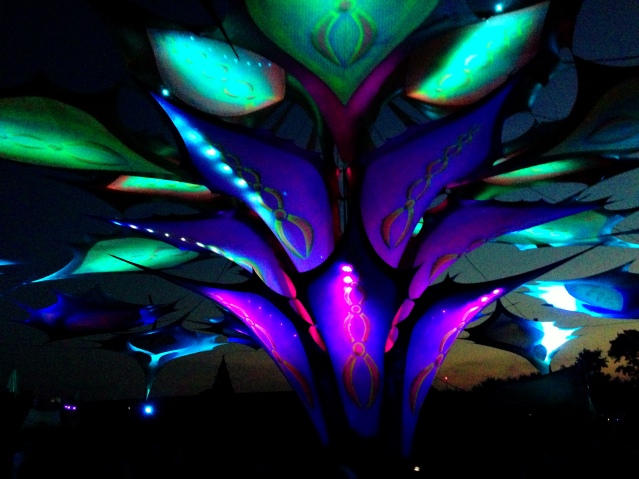 So I’m dedicating today, a Wednesday in the middle of one of the darkest weeks of the entire Scandinavian year, to Stuff That Glows in the Dark. Because this gives me the opportunity to squeeze some healthy colours like THESE into your eyes. And some fond memories into mine. This is the insanely hypnotizing main floor deco of the S.U.N. Festival in Hungary – a huge trance flower of immense beauty. I danced below these leaves a lot that summer week in 2013.

But enough trance. This also gives me a COMPLETELY appropriate opportunity to, once more, squeeze in this darkside masterpiece with one of the most loved jungle samples of all time:

Felt that I was in this long dark tunnel with a very very bright light at the end so brilliant, it was more brilliant than the sun.

That’s what I mean. Glow-in-the-dark is built into the junglistic DNA. So here we go. 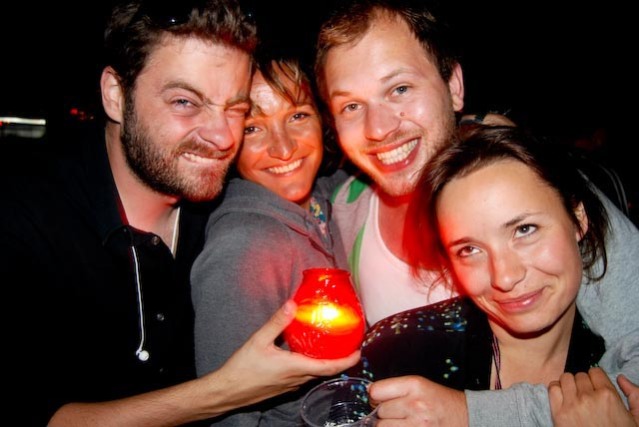 A bunch of ravers gather around a shiny object like night insects at the RAW After After Party in 2007. Thanks to jonask.dk for the pic. 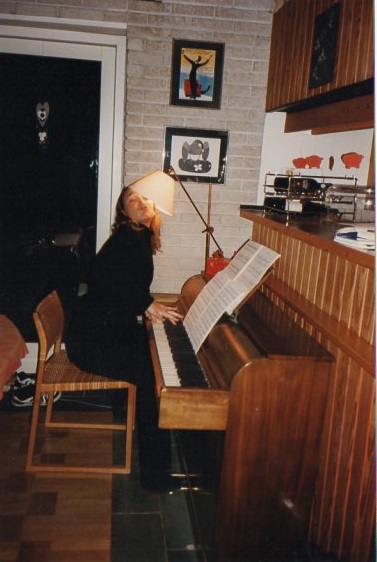 As you can see, junglist are naturally attracted to light. 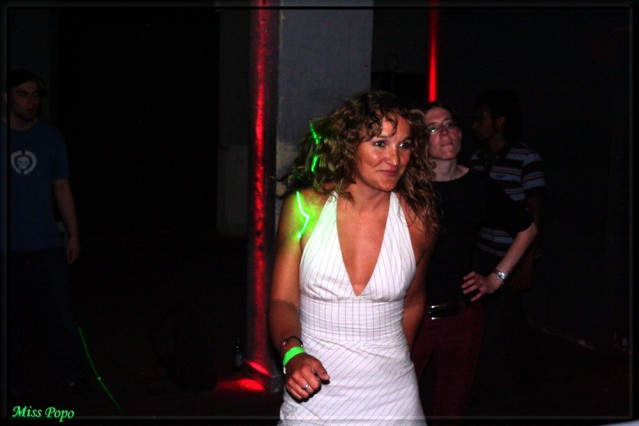 And light is naturally attracted to junglists. Especially that green laser light. This is DNBZone at Culture Box, 2006. Thanks to Miss Popo for the pic. 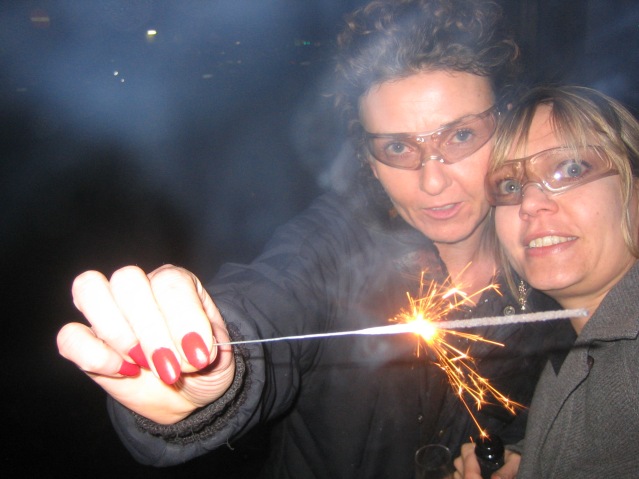 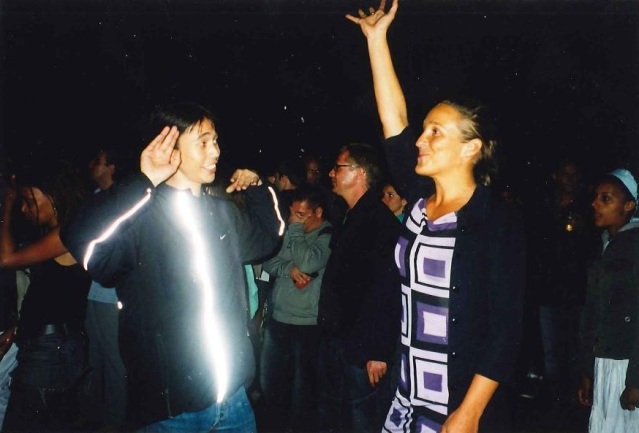 Whohooo, shiny reflex adding some instant excitement to a dark dance floor. This is at the very first Public Service Festival (2004?) in Strandgade by Luftkastellet, with Trentemøller playing on stage and Ole’s clothing playing with your eyes. 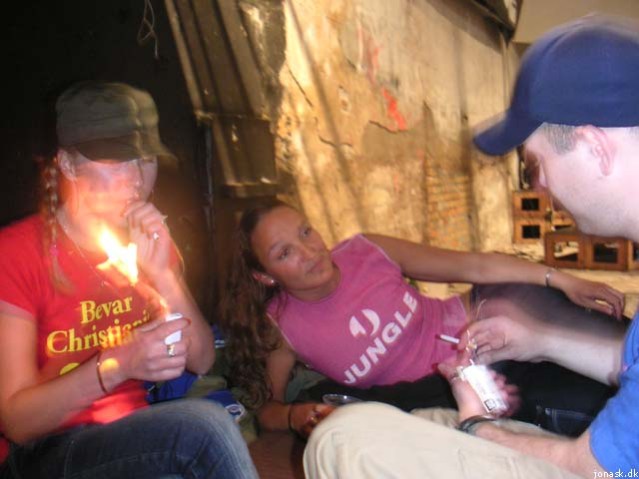 The Jungle Monster casually plays with fire at the Ohoi! party at Basement, June 2004. Props to jonask.dk for the pic. 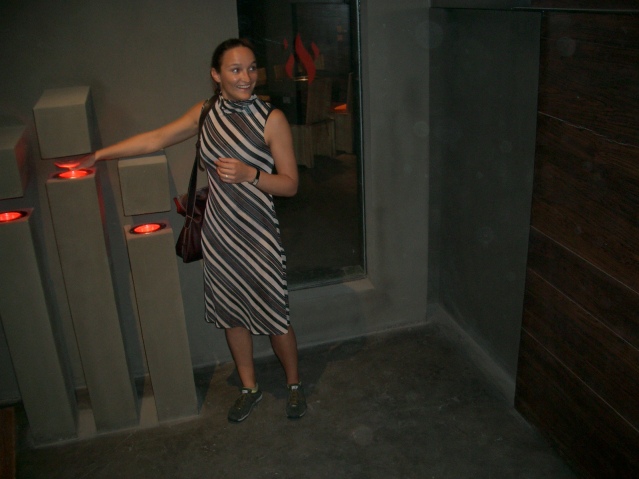 Chriszka the Time Traveller has found some interesting door-opening lights to play with at a bar in Shanghai. They actually open the door, that’s the trick.

Okay, that was clearly a “Sesam Sesam luk dig op!”-moment right there. For more door-opening magic and the scary horror tale of Aladdin and the 40 Thieves (my first favourite record ever), go to The DIY Test: Is Your Child a Junglist? 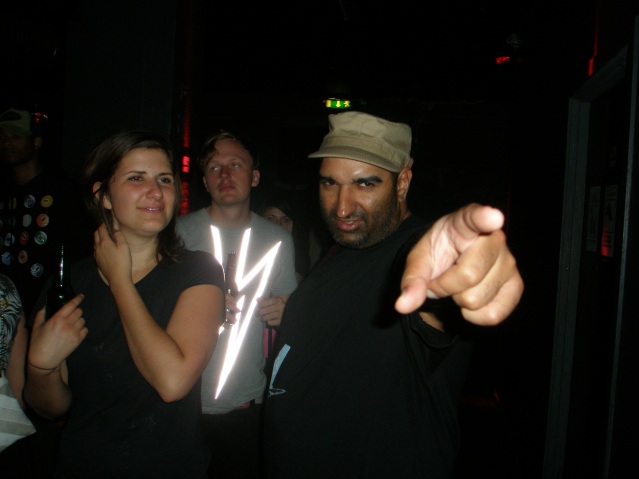 Asmus is suuuuper casual about his amazing glow-in-the-dark-raver-t-shirt at Zerrbild, Culture Box, 2007. 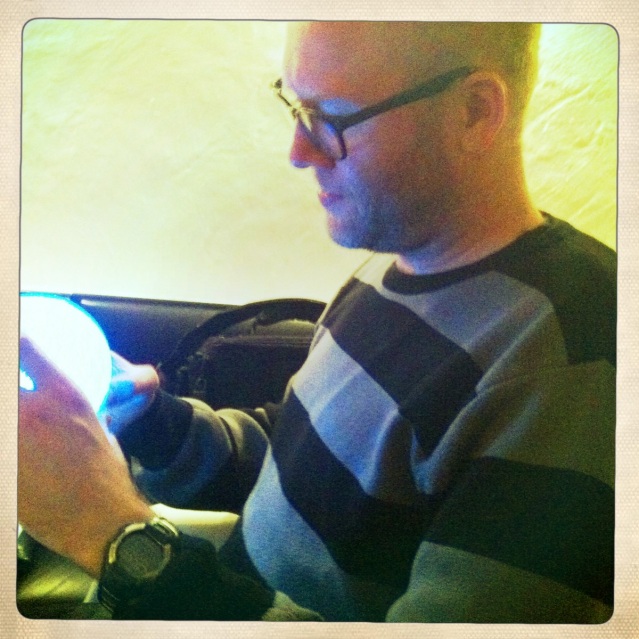 Tim Driver curiously inspects Chriszka the Time Traveller’s amazing glow-in-the-dark time travelling portal device. This is after dinner and before jetting off to the Birthday Bash at Culture Box. 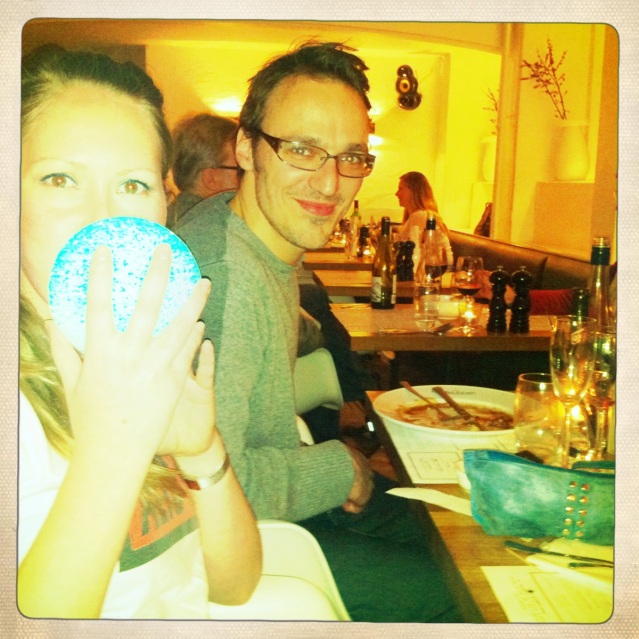 Everybody loved that magic little thing. Glowing portals. So much fun, forever. 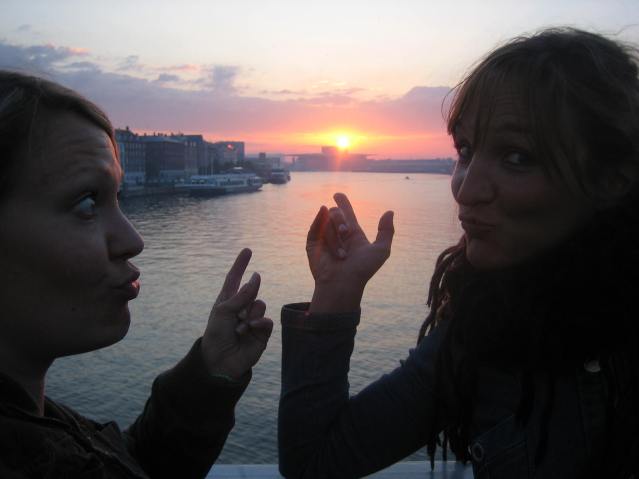 Chriszka the Time Traveller and Svingsen spot a super nice glowing object in the distance. 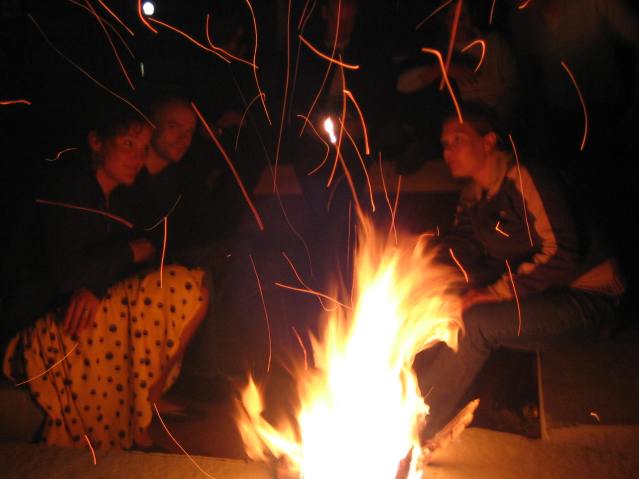 Junglist cozy up around their own oldskool glow-in-the-dark creation, somewhere secret. 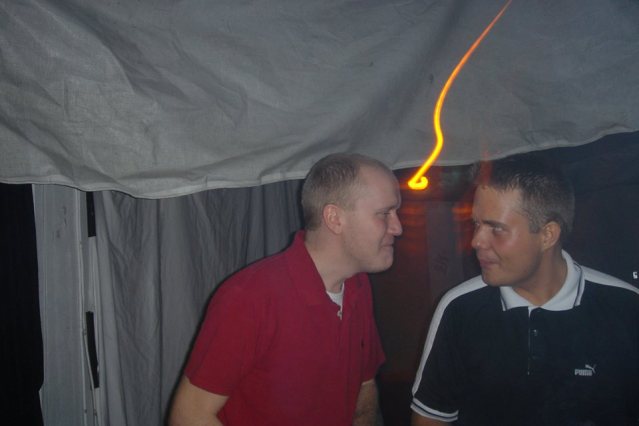 An insane glow worm attacks people at the Muffler party. 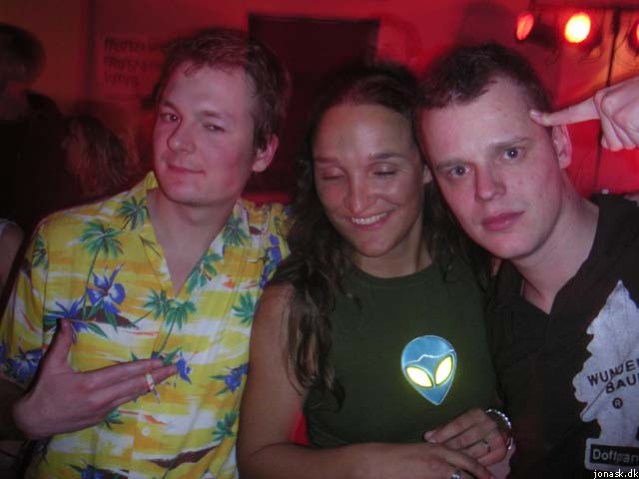 I’m just having tiny nap here, at the Silobash, but there it is, the MAGNIFICENT REFLEX ALIEN! 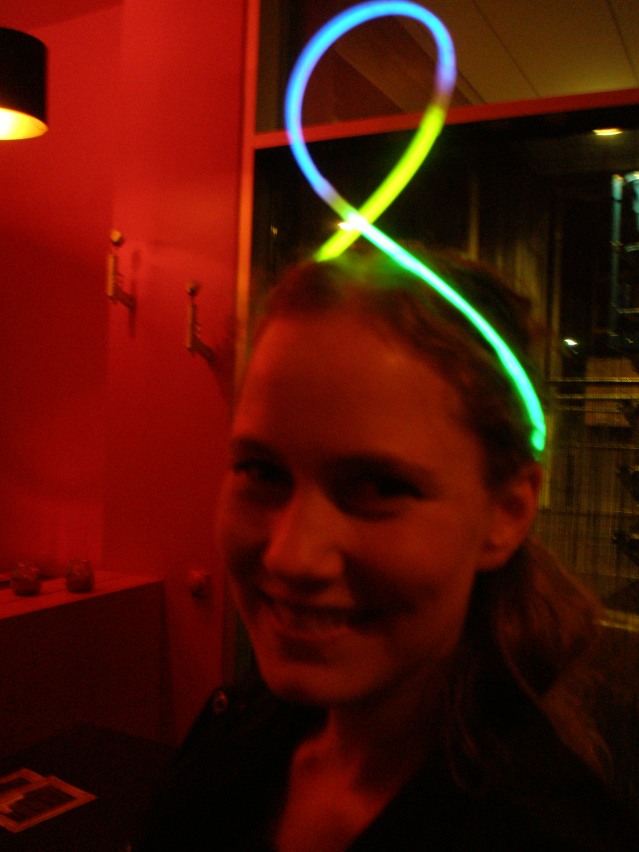 To the great pleasure of Chriszka the Time Traveller, Elisabeth goes completely trance after a concert in Tivoli. 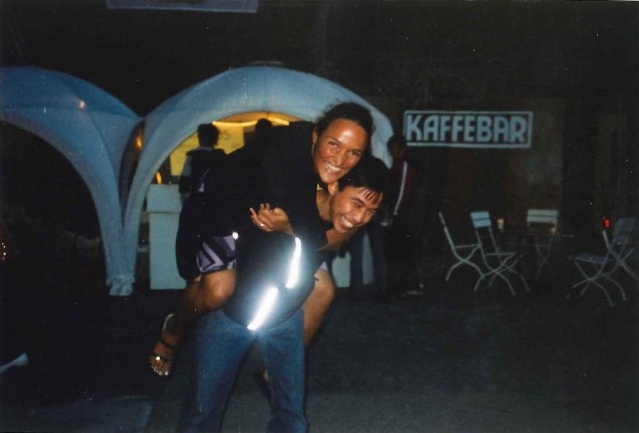 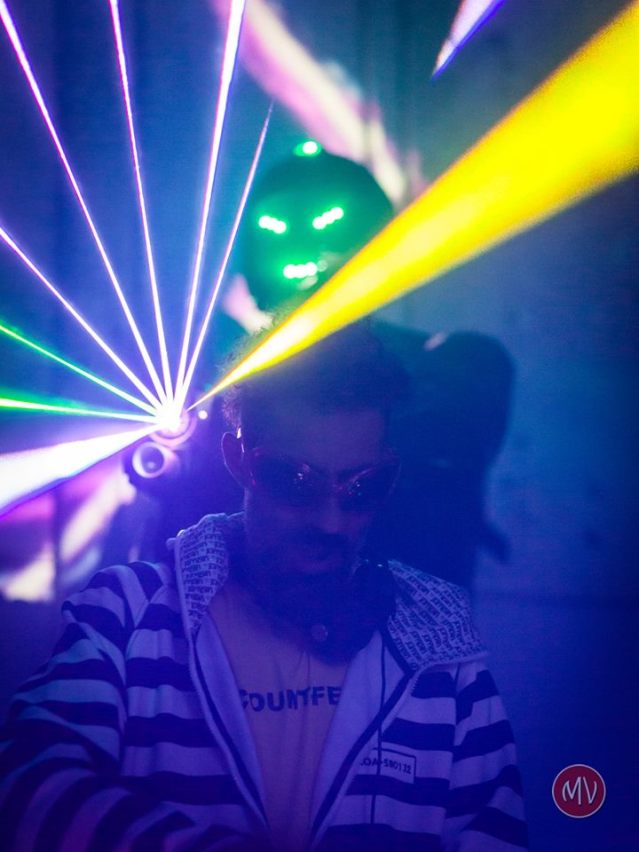 Yes, see what I mean? LASERS! ROBOTS! Nico Defrost being junglistic backed by all kinds of futuristic fun at Discountfesten – at PB43. Photo by Mathias Vejerslev: http://www.flickr.com/photos/mvejerslev/sets

Want to see more pics from the RAW After After Party? Go right here.

Or how about more rare pics from the Public Service festival? Go to the amazing collection of The Secret Junglists.

Did you miss a day of JUngLE? Go here for the complete collection of #JUngLEkalenderen, both past and present.