Blasts from the Past: Garden Party People

It’s a sunny weekend, and we’re halfway through JUngLEkalenderen. It’s time to kick back and relax with an outdoorsy chill out session.

It’s the birthday party of the Jungle Monster!

Mariii is hosting a garden party at an exotic, sunny location. It might look like a normal garden  to you, but check out the junglistic trees.

The thing about junglists is that they ARE quite indoorsy types. They feel at home at raves in dark warehouses and on the blacked out mainfloors of underground clubs, and the green they see is the fluoresecent green of the lasers, hinting at their imagined junglistic past, while they gush over horror samples from Predator. But okay, sometimes they venture outside anyways, pretending to be normal people drinking wine and cocktails by the lilac. 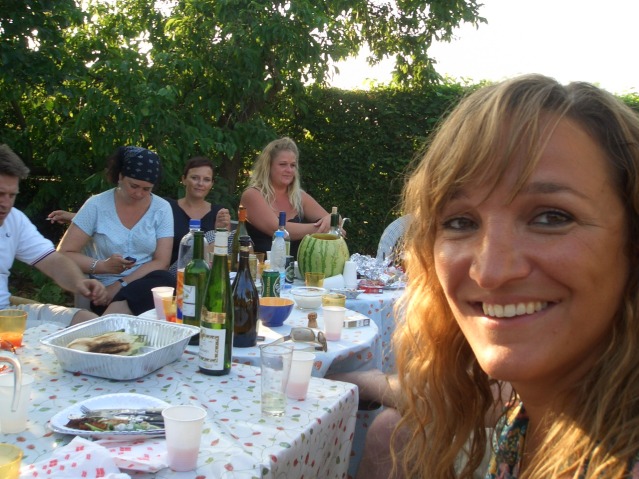 But notice how happy Chriszka the Time Traveller looks with this being outside business. Well, that’s beacuse she’s ALSO A TRANCER! And trancers just love to be outside all the time. Especially when dancing. This is one of the very interesting differences between these two species: the junglists and the trancers. And yet, they get along. Why? Let’s call it the Mutual Respect Between Species with a Preference for Total Abandon on the dancefloor. 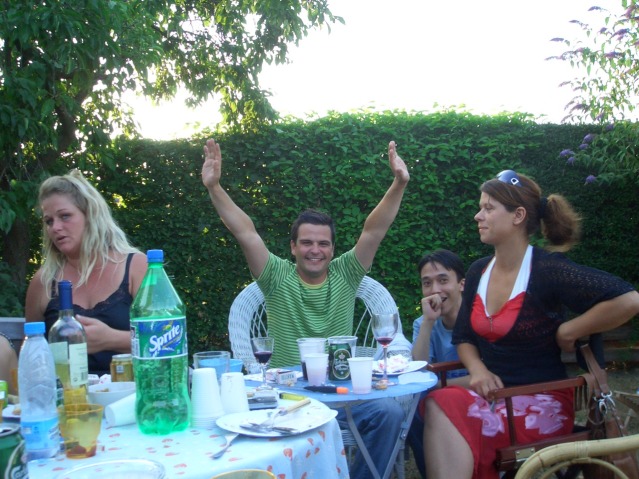 And when junglists get a taste of the outdoors, they find out that it’s really their natural element and they should do this more.

Also, there’s yummi food out there in the wilderness. 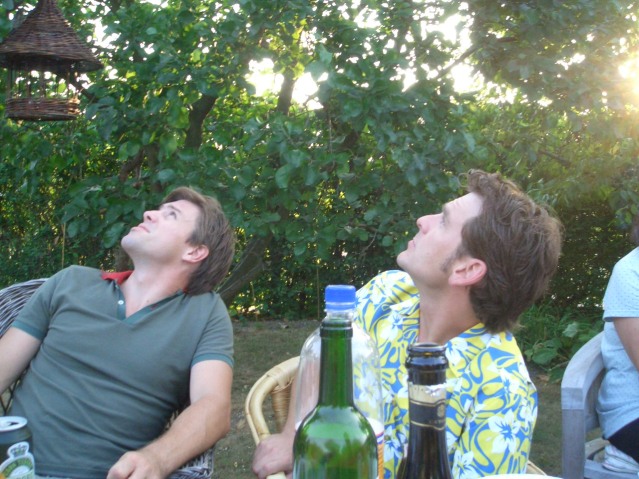 Some junglists prefer to stay on safe ground made of asphalt, though. Just drinking a canned beer, looking at the wilderness from a secure distance. This is because deep inside Tim Driver, the junglist to the right , you find a musical skeleton made entirely out of early Detroit techno. And this makes him LOVE asphalt. Garridge Bwoy to the left, in proper junglistic attire and a t-shirt that signals the love of the ENTIRE animal kingdom, even the extinct species, tries to convince Tim Driver to venture outside his safe space. 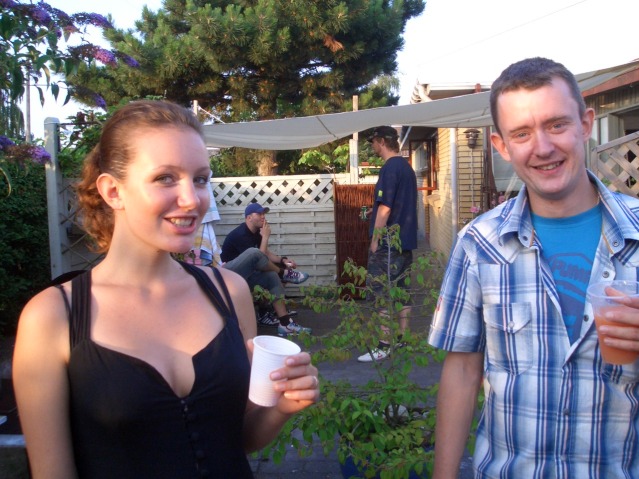 It takes a while for Garridge Bwoy to convince Worried Tim to leave the asphalt. Meanwhile, the rest of the junglists have some more magic potion in the garden.

SUCCESS! Tim Driver has joined the rest of the junglists out in the wilderness and feel totally okay! 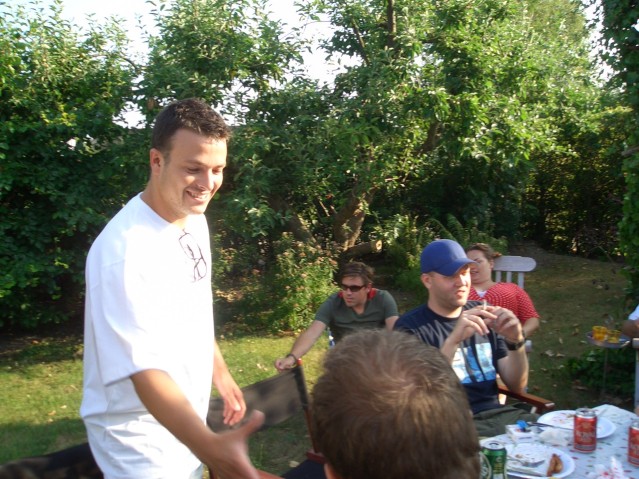 In no time, Tim has acclimatised to his new, exciting surroundings. And now, new junglists arrives. Casparados enters the garden.

Svingsen has a taste of some of the exotic local specialities.

“Whiiiii, I’m a Disney princess with a super-unrealistic waistline. EAT IT, SUCKERS!”

If you didn’t catch that reference, jump to BuzzFeed’s If Disney Princesses had Realistic Waistlines, which caused quite a lot of debate in the mainstream media about unhealthy, unreachable ideals.

Proof that you can totally eat and still have an unrealistic waistline. All you have to do is rave with great abandon like a junglist. Which is very hard work, for those of you who don’t know. Get to know. 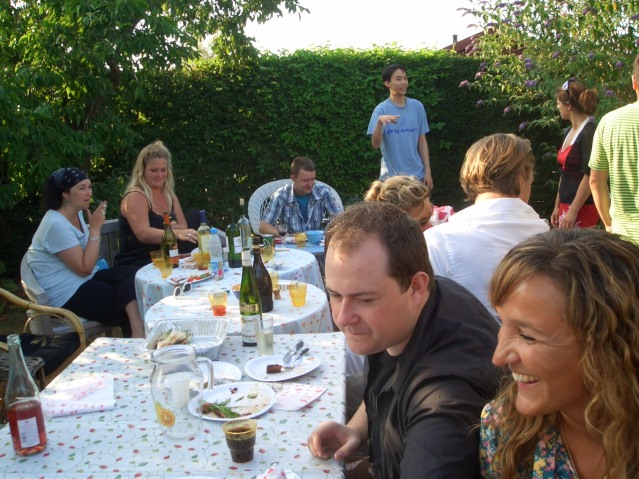 And things get cosier and cosier. 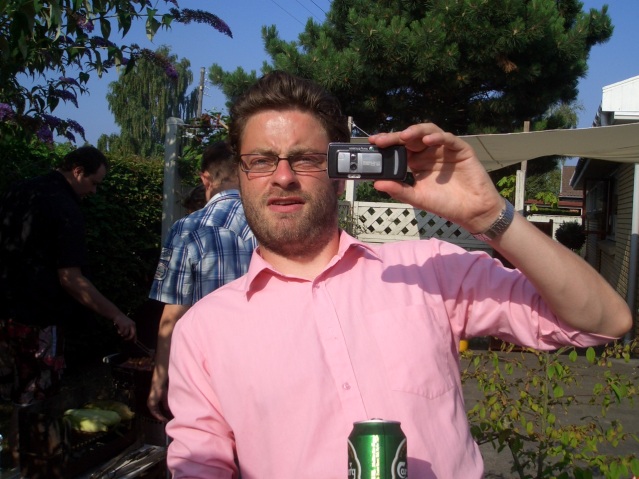 “Look, I brought a totally rad phone from the future! You can take pictures with this! You no longer need a digital camera!” 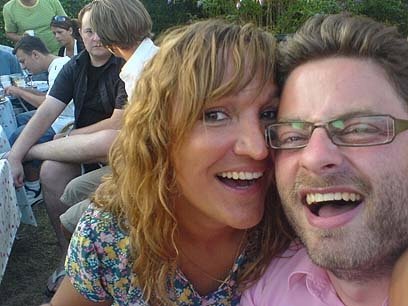 Actual photo taken with that phone. Chriszka the Time Traveller loves this concept. 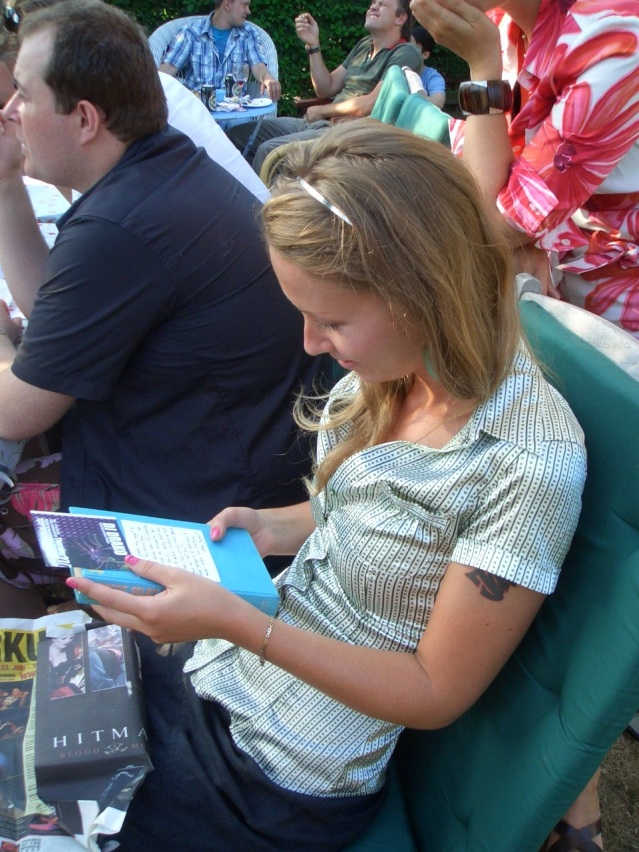 Time for junglistic presents: Requiem for a Dream, the masterpiece by Hubert Selby Jr. A cautionary tale depicting the extreme dangers of watching television. Every junglist knows this. 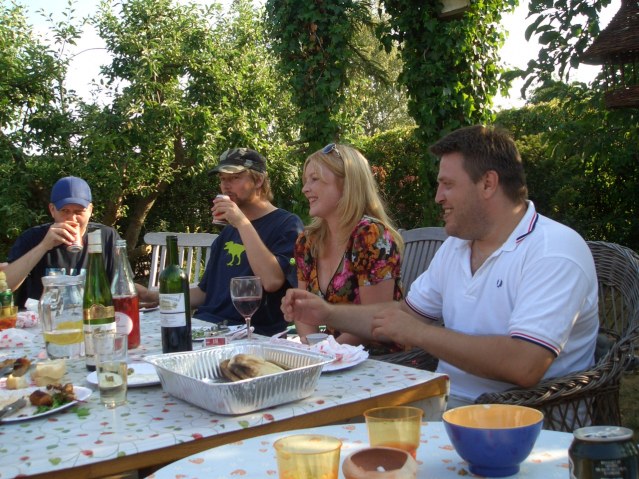 “They luxuriated in the feeling of deep and all pervading satisfaction, a feeling of knowing absolutely that all was well with the world and them and that the world was not only their oyster it was also their linguine with clam sauce. Not only were all things possible, but all things were theirs.”

Okay, enough Requiem for a Dream. This is one of the other presents. Not the guy to the left, the thing being studied to the right in the picture.

Here’s a closeup. As you can see, it’s kind of like a paper version of JUngLEkalenderen. Or a time machine.

Or maybe it’s just a piece of golden camouflage gear, hiding you instantly, everywhere, like the junglist you are. 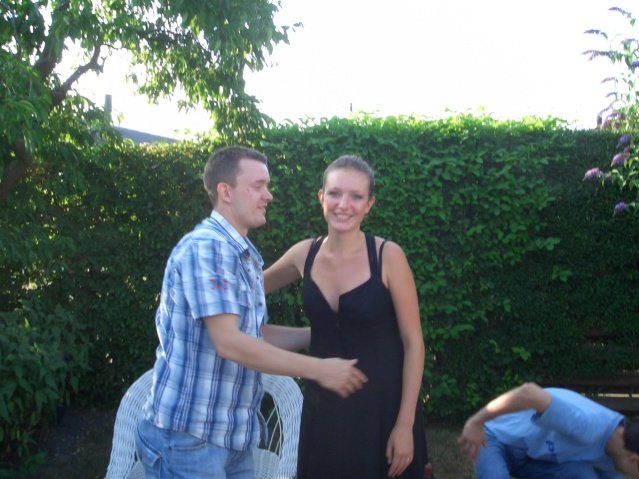 …and now you don’t. Ole wonders about the time portal appearing on the smooth surface of the green lawn. 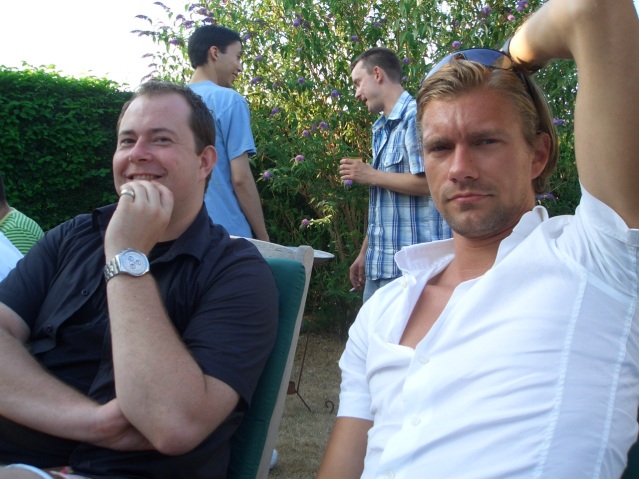 Then Ole forgets all about it beause a magic wilderness dog appears and distracts everyone.

…and because the magic potions keep flowing. 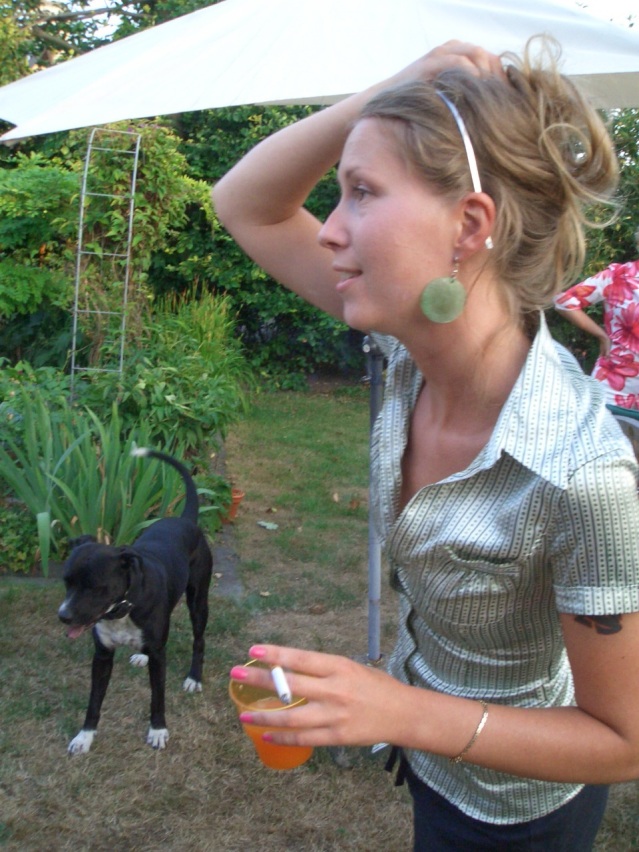 Mariiii feels overwhelmed with all this magic everywhere. 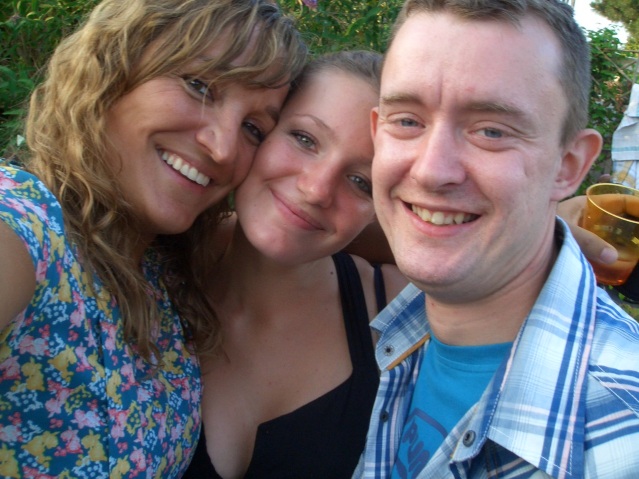 Tim Driver feels better than ever and the garden party continues and continues.

And when the sun sets and the garden festivities are over, Mariii can fall into the magic of the golden DIY time machine with a happy smile on her face.

When did the Jungle Monster make its first, red-eyed appearance? Go find out in the complete collection of #JUngLEkalenderen, both past and present.

← How to be a Junglist: The Hand Signs Special Part III
Jungle Feelings: The Love and Kisses Special Round III →

6 Comments on “Blasts from the Past: Garden Party People”