I stumbled upon jungle sort of by coincidence when I decided to celebrate my birthday by dancing the night away at the Paradise Club in Angel, Islington. This was 1993. 28 days later I went to the Jungle Fever New Year’s Eve party at the Marquee, and that was that. I was blown away.

In the following years I spent a lot of time explaining to myself (and everyone) why this music had swept me off my feet with such intensity. Why was it that I loved this music so much?

One of the things I always said when trying to explain this was that to me, jungle had the depth of classical music, combined with the physical intensity of a moshpit at a death metal concert. But, contrary to the metal moshpit, I could enjoy the rush and the brutality of the music without getting kicked in the head by people crowdsurfing. A big plus.

Thus, I have never been too pleased with the emergence of the drum’n’bass moshpits which, to me (but this might be inaccurate) sort of started occurring when dubstep got really popular. Okay, so “not too pleased” is an understatement. I am HUGELY AND MASSIVELY ANNOYED by moshpitting at drum’n’bass parties. I’m so like “you’re doing it wrong!” on that thing. Do not disturb my dancing, plz!

I can see why it happens, though, and fortunately, it mostly occurs with the more ‘mainstreamy’ kinds of drum’n’bass which I don’t really like anyway, so nothing is ruined, really. Like the Chase & Status thing at Roskilde in 2013. When writing the review of that concert for Gaffa I decided to coin a new term to describe that particular genre: circle-pit pop. You can read the review and my musings on the frenetic moshing right here (in Danish). I also wrote about the moshpit happenings when Andy C played at the Strøm festival in Enghaveparken. I was not happy about it: Når publikum smider tøjet.

When crowdsurfing is okay
That being said! – one particular moshpitty moment will be a heart-warming classic for ever and a big landmark in the history of Copenhagen junglism. I am, of course, thinking about the legendary Hype party at Stengade in november 2005. Crowdsurfing galore. And that was, all my moshpit aversions aside, totally okay. All attempts of jungle crowdsurfing since then are just pale imitations.

So, enjoy a trip back to a truly packed, truly sweaty and truly wild dancefloor. Thanks to the one and only Vitus for the photos. Gems! 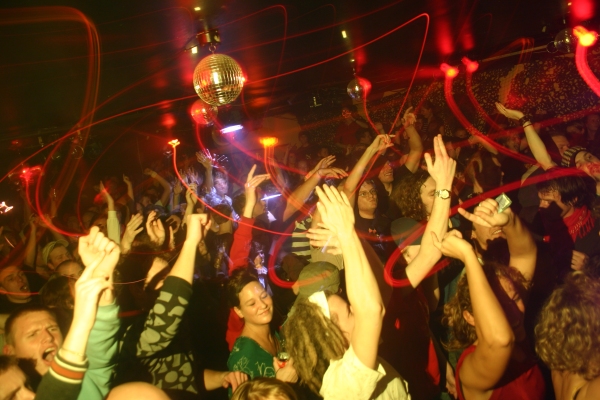 A dancefloor agreeing on the total awesomeness of that particular moment.

And so it begins. Ole clearly approves of something happening in the mix. I certainly look well pleased, too.

Lots of approving going on here! Junglist sign language! This was my profile pic for MySpace like, forever. Probably still is, come to think of it. Thank you, Vitus. This is how I feel. (Points for spotting Phonetic in the crowd. And Frederik Rask with a Beastie Boys inspired haircut. And Lars from mighty drum’n’bass band F.U.K.T.). 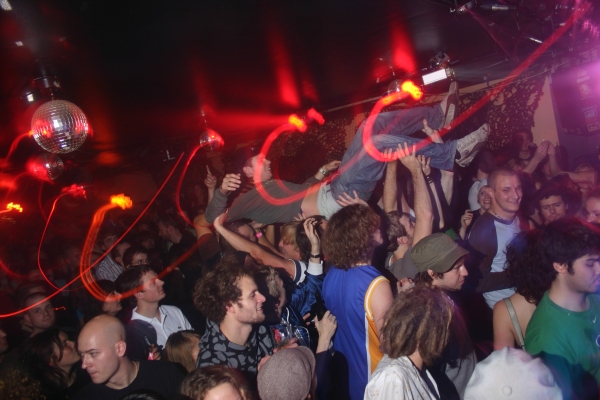 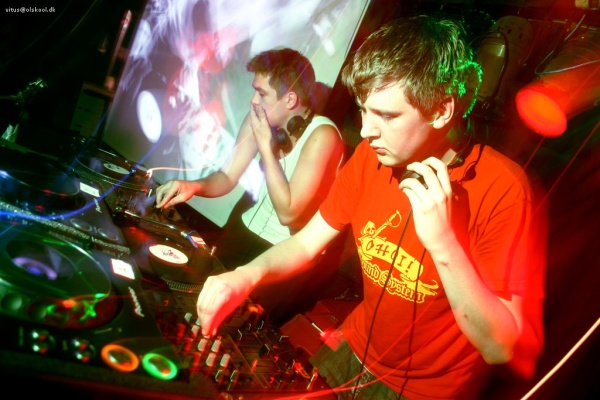 Hm, what does this thing do… 2000F and Kristobal figuring things out. 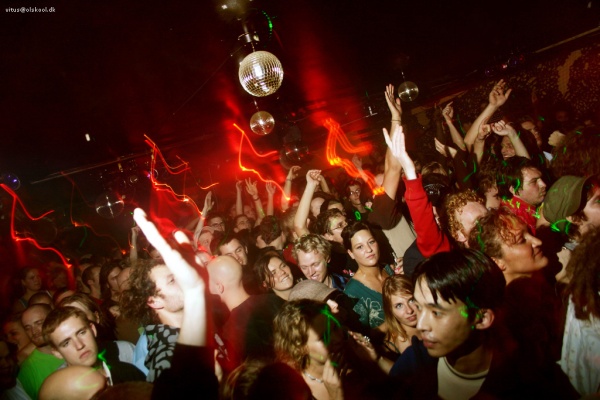 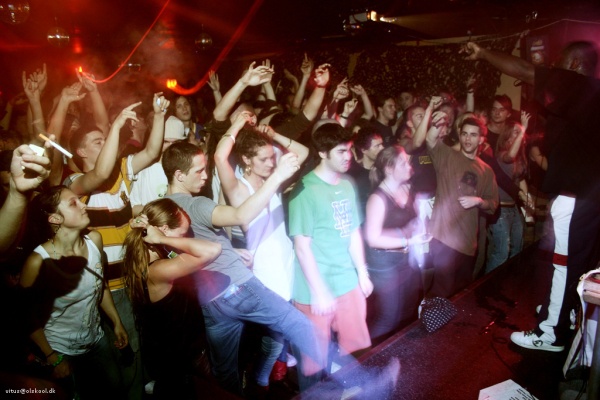 Alright. Time for the BONUS ROUND! November 5th 2005 was so much fun, it had to happen again. Jump to 2008, and Hype is back at Stengade for some more footsteps-on-the-ceiling mayhem. Let’s go.

Drop on the decks.

We are just expressing our feelings here. 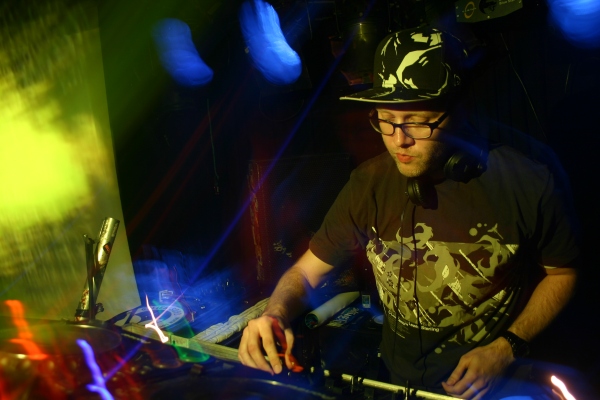 2000F expressing his feelings, too.

That must be one important phone call.

Sulu doing some light magic while looking disapprovingly at the raver faux pas of wearing a rucksack on a packed dancefloor. 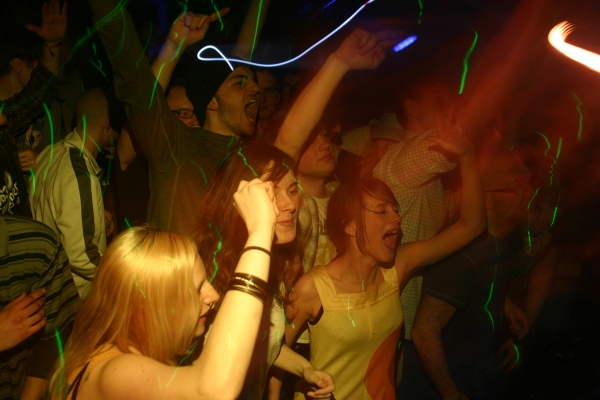 Update: People are pointing out some beautiful little things in the crowd pics that adds to the awesomeness. These pictures just keep on giving! Were you there? Do you spot yourself? Leave a comment!

Did you miss the first episodes of the Junglist Christmas Calendar? Check out the romance of Day 1 or the super rare photos from Day 2.

← Blasts from the Past: Ohoi! turns 4
Jungle feelings: The Love and Kisses Special →