Today we’re giving it up for the one like CRS – the radio show machine! 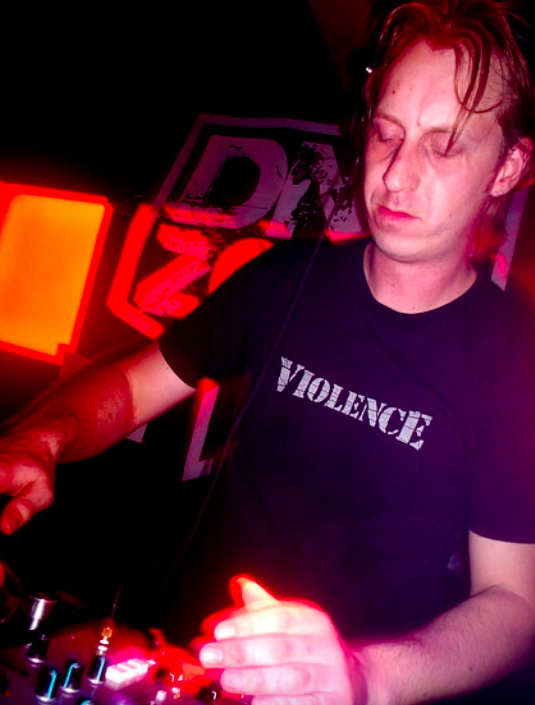 CRS at the Rolodex party – DNBZone.

CRS has been doing radio shows pretty much none stop since the 90s and has only taken one break from the airwaves: That was in 2008 when a shoulder operation forced him away from the decks and off the air for a month or two.

Let’s dive into the Q&A!

When did you become a junglist?
“In the beginning of the 90s. I was involved in a lot of other of music stuff back then – punk rock, metal, hiphop – and I still am. It was in the the milieu around Ungdomshuset with Rolandoposen and Deutsche Club. It was all so new. All the music bubbled with energy. And I was so young and took everything in.” Why do you love jungle?
“It still makes me happy, just like it did in the 90s. And I love doing my radio shows, playing neurofunk and some of the newer stuff for a dedicated crowd. Check us out on bassjunkees.com every Friday! We’re on ustream, too, now – we just got a webcam in our studio.”

Oldest known scan of CRS behind the decks. Thanks to Mariiii for this rare pic.

How are you spreading the jungle gospel?
“I started out on Christiania Radio with Nis and Caspar in about 98-99. It was the Jungle FM days with Delroy and MC Chris and MC Darren and Nufound and Mark the Chef and Nico Defrost. And then, in 2000, Ok Preston and Fares stopped their radio show on DTU, so I took over. It was called CheckItOut. I made a jingle with a sample from Jungle Syndicate.

Then I started producing with Pyro – and then I met Phono who runs Leet Radio and Leet Records, and so I started doing internet radio in about 2003. 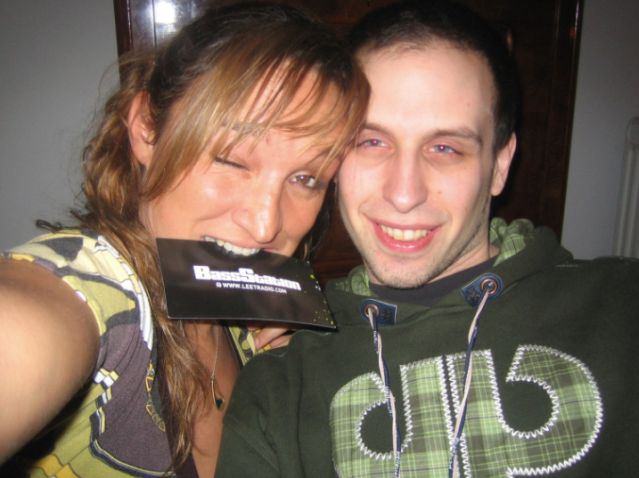 A small intermezzo pic of Pyro and Chriszka the Time Traveller with a Leet Radio flyer.

Now I do a show on bassjunkees.com every Friday from 20 to 22 – with regular visits from local dj’s and artists. Big up to the artists sending me tracks so that I stay in the loop!”

How does raving make the world better?
“It’s an outlet of energy. When I was younger it was like a release, and you could spend the entire next day just thinking about how mindblowing it had been. Going to raves was mind-expanding – meeting people and being part of the rave scene. And it wasn’t just about jungle and drum’n’bass, I mean the entire techno scene, like the Simplicity parties with Morten and Bjarke and the first Deutsche Club parties at Ungdomshuset, too.

CRS enjoying the vibe at the Rum’n’Bass party at Stengade.

What’s your favourit tune?
“I have like a top ten of tracks that I love in equal amounts. Can I mention four?”

Yes, but I will choose the one I like best to go on top of the list as the featured one.
[…insert small break…]
Okay, that was easy:

And here are the other three, with links:
Messiah – Conflikt, Raiden – Falling and Noisia og Upbeats – Dead Limit.

Group hugging backstage at the Kraken Party at Stengade.

What’s the best thing that happened this year?
“It was the Black Sabbath concert at the Copenhell festival. I hadn’t seen Ozzy for 15 years. I saw him at Pumpehuset with the Ozzy Osborne show, playing solo. But this was my first time seeing Black Sabbath. And the last, I reckon, given that the tour was called ”The End”. They stop at New Year’s, and that’s that. They are like 70 years old.”

CRS and Chriszka the Time Traveller feeling the music at Culture Box 2007.

What’s your favourite track that’s not jungle?
“This might come as a surprise to some people, but I’m gonna say Gang Starr – Full Clip.
Many see me as this punk/metal guy, but I’m into much more than that. I think he’s a great poet.”

If you could timetravel to any point in time right now, where would you go?
”We have to go back to the 90s, when I’m like 18 to 20, hanging out at Ungdomshuset at Jagtvej 69. Those were great days, and they made me into the person I am today. I’ll never forget it. There was so much music and so much going on. Nice winds of change were blowing across the globe, too. The world was in a better place politically, in my opinion. I can understand why the young people of today feel that current times are tough.”

Blitzed at the Temper D party at Culture Box in February 2005.

And we’re not gonna publish this without including the best pic of CRS ever:

This is CRS having a meet-up with Freddy Krueger.

Do you want more CRS?

Don’t miss the Random Friday shows on bassjunkees.com  every Friday from 20 to 22 (and up for downloads afterwards: (Here’s the last show: https://www.mixcloud.com/randomfriday/crs-randomfriday-16_12_16/))

And catch him here on soundcloud: soundcloud.com/crs_dk

Did you miss a day of JUngLE? Scroll through ll three seasons right here: JUngLEkalenderen