How to be a Junglist: Going to London

How to be a junglist: Chriszka and Mariii’s Excellent Adventure
This one goes out to all the Copenhagen junglists (and junglists everywhere) who miss the proper oldskool jungle sounds so much it’s like a physical longing filled with deep-felt oh but whyyyyyys?! and I want it back!  and recurring feelings of having been treated unfairly – like a heartbreak that wasn’t supposed to happen.

What do you do?

Well, here’s what we did, and I highly recommend it. After many months of talking about it, we were like, yes, we are doing this. We are doing it now. We are going to London on a trip specifically dedicated to soothe our jungle longings.

Not for some drum’n’bass thing on Fabric. Jungle and only that. Because there is the most massive and tenacious (bordering on permanent) oldskool jungle revival going on in The Big Smoke. And we wanted in.

We had our eyes on the Ribena Jungle party, and after a small discussion (“It IS quite small…”) the decision was made, and we were ready by our computers, communicating on facebook, ready for the tickets to go on sale.

Seven minutes later the event had sold out. And we were in!

The universe approved of our jungle mission
Shortly afterwards it became very clear that the universe totally approved of our decision. Once the plane tickets were bought for the weekend, new parties started to bubble up in our facebook feeds. One was a Kenny Ken party on the day before the Ribena Jungle one. Needless to say, we bought the tickets in advance. And one was on the same night as the Ribena one, but lots bigger, exclusively dedicated to the sounds of ’95. Just perfect.

And that is not all. By a massive coincidence, or whatever you call the universe’s ways of telling you that you are on the right track, following your heart: The accomodation I had booked turned out to be located two houses away from the secret location of the Ribena Jungle party. A one minute walk! (31 seconds, if you run like a junglist). What are the odds.

First things first. Jungle raves are physically demanding tasks, so you have to make sure you eat properly before diving in. Of course, junglists eat where wild animals roam amongst the tables. 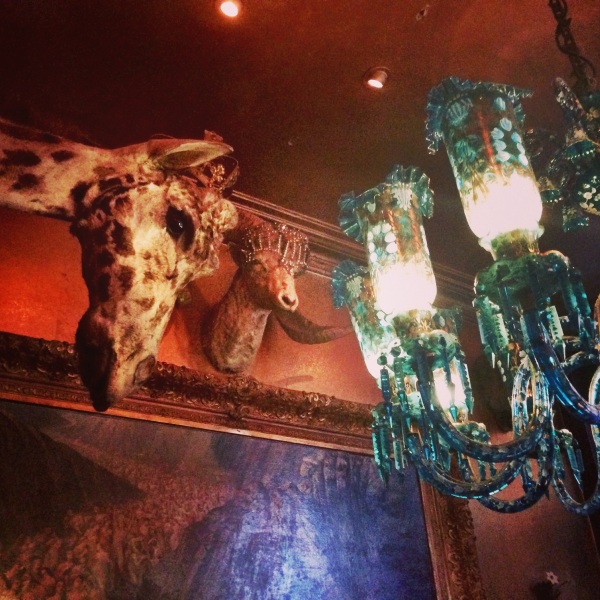 And send you friendly looks of approval.

And then, you’re ready. Arrival at the Kenny Ken party. This deco sends the most amazing mixed signals ever. CLEARLY, this is the right way. 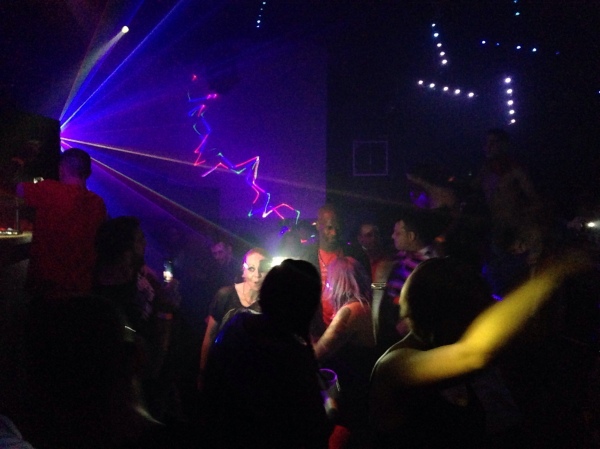 Party pics from an iPhone are never great, but here is one. I only took the time to take three, anyway. I haven’t heard music like that for TOO long, and Kenny Ken’s set was out of this world awesome. And there was double up on happiness: he played two sets (Slipmatt was supposed to be there, but wasn’t).

I haven’t danced like that for I don’t know how long. I was absorbed with every joyous fiber of my being. It’s the ULTIMATE zen experience! You fall out the other end, refreshed, ecstatic, and totally connected with the universe. And completely exhausted.

Intermezzo: The magnificent sonic puzzle
Dancing to electronic music is serious business. Dancing to jungle is very serious business. It has never been just about ‘fun’ for me, but also about the physical challenge and the meditation-like state it delivers when everything comes together: the music selection, the mixing skills of the dj, your own ability to express what you are hearing.

Raving is a joyful, physical interpretation of the music, and there is a lot to express when it comes to jungle. When I get really into it (the warm-up can take a while, like sports) the music opens up like a 3D space, like a magnificent sonic puzzle that I am solving as I go, but with no strain.

The sonic puzzles of jungle are absolutely amazing, like complex cathedrals. High quality trance can deliver similar experiences. If you want to read more about the importance of proper dancing, you can read my interview with the amazing Swedish duo Son Kite right here: Dancing is a very important ritual.

And in case you need a refresher of Kenny Ken’s awesomeness, check out this 60 minute mix of classic and obscure jungle tunes, with “no MC to spoil the long mixes”. 😉

And onwards we go.

The next day, we felt a bit like this. (For the curious: this is from the LEGO exhibition in Shoreditch which I found the time to visit). 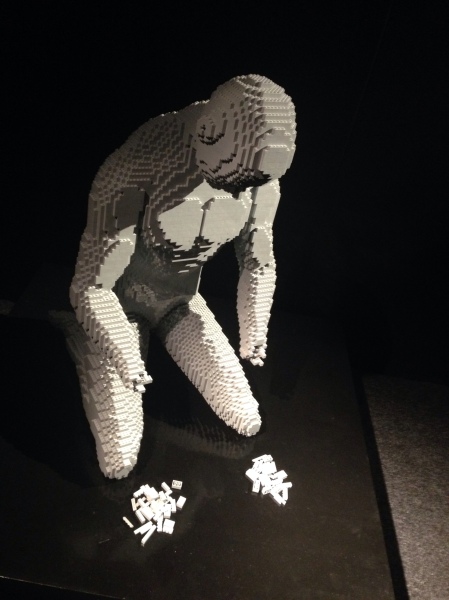 But we pulled ourselves together, slowly rebuilding our stamina. 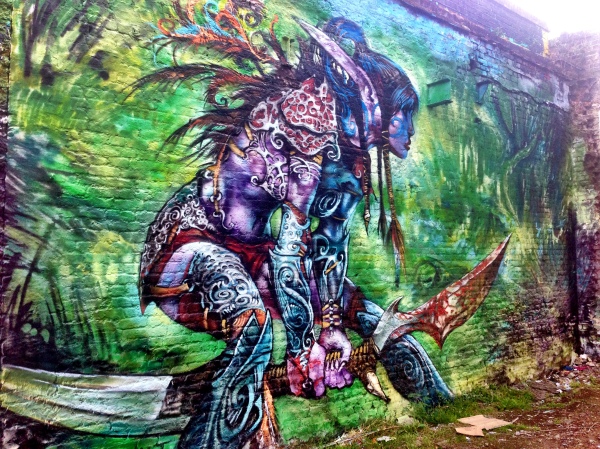 And soon, we were in that proper jungle mood again! (okay, so I could seriously post a gazillion of my shots of the street art of Shoreditch, and I could even do a whole selection of junglist themed ones, but let’s move on. 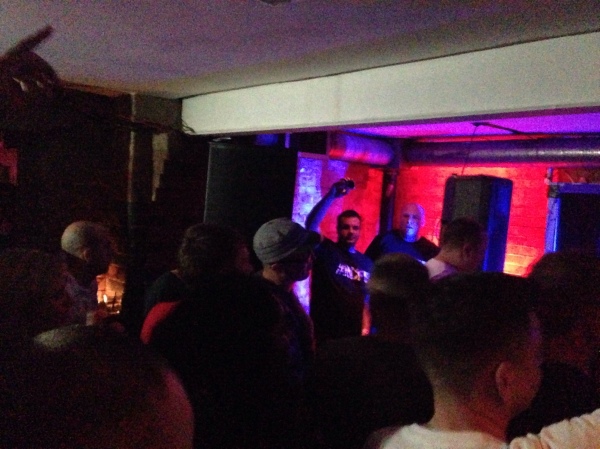 After a 31 second run, we reached the secret location, and the dancefloor, and then it certainly hit us, the oldskool vibe.

Here’s the host of the night, Uncle Dugs, to the right. Obviously, this is a vinyls only night. OF COURSE! Run Come Follow Friday.

Dugs on the decks with his signature smile. When he played Wardrive by Crystl, we almost flew across the mixing decks. Big enthusiasm. Big rewind.

And then, the one and only Navigator arrived. 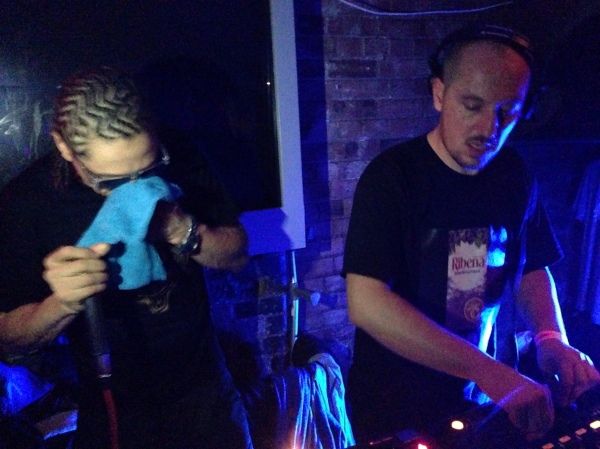 By then, the heat had long since reached I-need-a-towel levels. 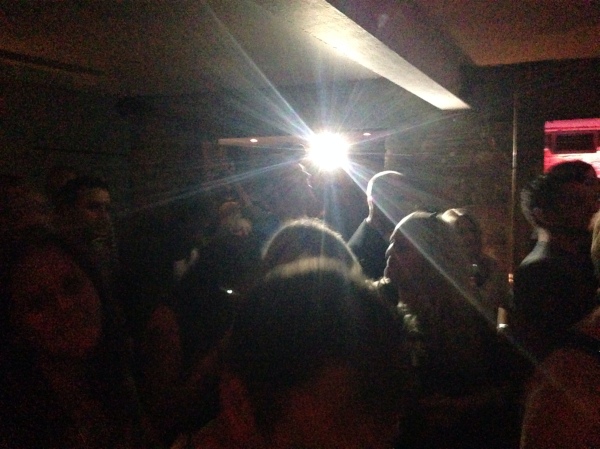 It was so packed that I was really happy we had been at the Kenny Ken thing the night before. For a proper dancing session, you need som space to move. The Ribena Jungle crowd had to move in unison. We did that very well, though, that’s for sure. Amazing vibes generated, in a room packed with dedicated junglists.

As charismatic as ever, the one like Navi. In 1998 I did an entire paper at university on the “noise” of jungle and its meanings, meticulously transcribing everything that was said through the mikes by Navi, Moose and Five-O at the Roast party in The Astoria in 1994 (attended the party, of course, bought the tapes). Not my best work, the paper, but I give my younger self points for the idea, though. So, with the actual Roast words of Navi from ’94: “As we take you inside the copper setting, easy and warming sounds. Warming up your molecule, seen”. 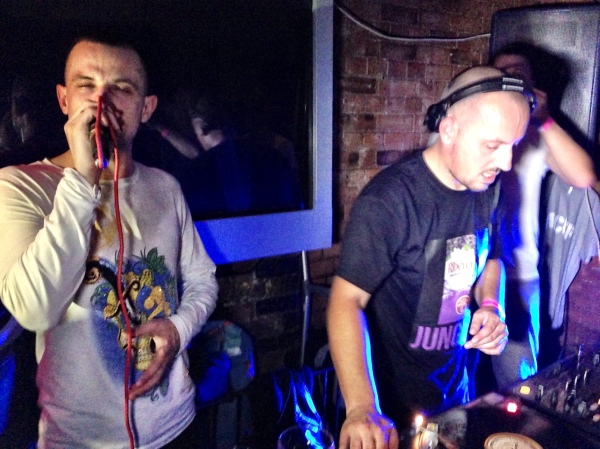 It might not sound like it just now, but I have always been strongly critical when it comes to mc’ing. Mediocre mc’ing is the worst. That’s why it’s so particularly exhilarating when it’s really good. Shabba D was straight up amazing. Complete crowd control, almost sing-a-long-y. 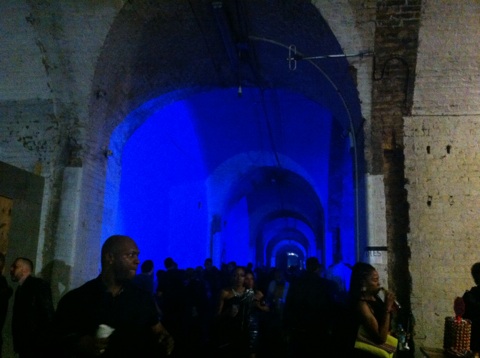 Ribena Jungle finished at around 2. And then we went to this unbelievable spot. The Backto95 Legends of the Oldskool party at Great Suffolk Street Warehouse. Massive place. My phone had gone to sleep, but fortunately, Mariii’s was still alive and well. Walking down this gigantic hallway, there were four huge arenas to the left. We walked past the house and garage one, straight to the ‘oldskool jungle classics’ arena. 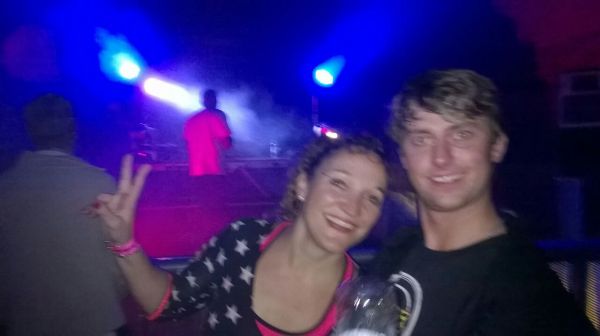 And continued with our raving mission! Up front and go. Part of the lineup at Arch 3 was Nicky Blackmarket, Jumping Jack Frost, Top Buzz and Uncle Dugs again.

The surroundings were like, whoa, but the sound was pretty awful. We are SPOILT with good sound in Copenhagen. Thank you, all you Copenhagen sound geeks with your massive walls of subwoofers, I salute you! Imagine what you could do with this place. 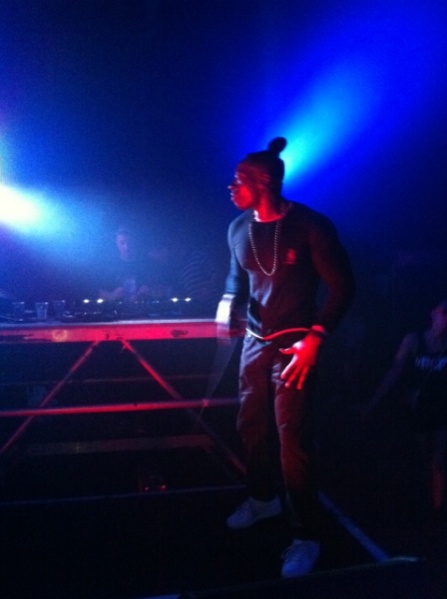 One of my own theories about the massive jungle revival going on in London at the moment is that all the dj’s and mc’s that were there and instrumental in those golden years of everything kickin’ off (’93-’95) – well, their kids are big enough to not need babysitting now, and so the mature grownups finally have the time to dive back into the proper sounds. My other theory is that there is some kind of time machine business going on with some of us. Here’s MC Det on stage, looking exactly the same as back in the day, so there might be some proof here. I will investigate further. 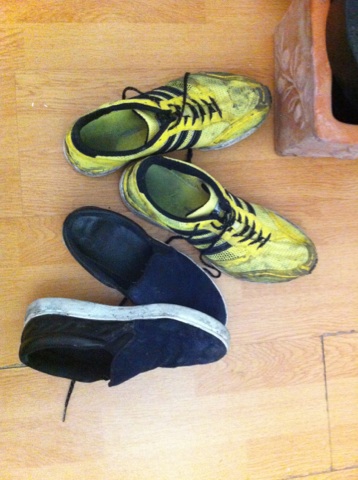 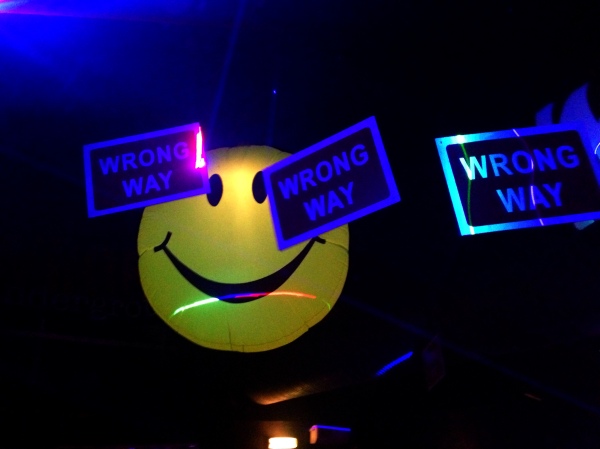 But our minds felt like this. Ignore the signs! Follow the smiley! You know you can trust the smiley!

So to sum up, here are some final and easy to-do tips for you starved out Copenhagen junglist with travel inclinations:

More:
If you want more oldskool vibes, you can hear my 7 All Time Favourite Jungle Tracks right here. Or read some troubled thoughts about feeling like the only junglist in Copenhagen in the Jungle Diaries: A Junglist on a Mission.

If you need a shot of “Copenhagen is pretty okay, too, you know”, see the amazing photos from dj Hype’s visits to the Danish capital in Dancefloors, moshpits and junglistic crowdsurfing.

12 Comments on “How to be a Junglist: Going to London”

How to paint movement. 🌀 After 20 hours of work, this is beginning to look like what I imagined. This painting is the second one in my series inspired by the patterns I saw behind my closed eyelids sitting in front of the light machine @lucia.n03_official ⚡️. It is also heavily inspired by playing WipEout in virtual reality with my nephew and niece.
I often hide (or incorporate) references to computer games in my paintings. Everything from tiny Pac-Mans and Space Invaders to ladders from Aztec Challenge or mountains from Uncharted 4. This one was a surprise, though: Turns out that my newest machine (just arrived to the house today!) is color-coordinated with my painting from December 2020. The mystery of the digital versus the analogue keeps unfolding. ✍️👾 #nintendoswitch #slowmotionexplosion #retrogames #artistlife #digitalversusanalogue #computergames #fractals #pixels
Tre gange påskeaction.
Giant wall face at Carlsberg.
Meditative tandhjul.
Vinterskov. Jeg havde helt seriøst forventet, at der ville være mange på gåtur sådan en lørdag. Det var der ikke!
Her har man skoven for sig selv. Min mor, min far... og mig. #voermølle #vinterskov
Hexagoner i sollys.
Okay, det er godt nok meget januar- og lockdownagtigt at have vild optur over min hjemmelavede grøntsagsjuice